Best Practices for Handling Negative Publicity as a Nonprofit

Here are some articles to frame this conversation:

Best Practices for Handling Negative Media Publicity was the topic of the Corporate Giving Network’s Learning @Lunch on February 11th, 2021.  This relevant topic coincided with recent news about organizations and businesses that had received negative publicity due to inappropriate responses to charges of racism and racial insensitivity.

Today, the issue of race relations in America is being bathed in a hot spotlight. This Learning@Lunch was all the more timely in view of ongoing media attention on local, regional, and national communities regarding access to COVID vaccines, bias in healthcare, access to healthcare, and workplace diversity, equity, and inclusion issues.

Keller is the Founder and CEO of The Keller Group and has 30 years of communications, political, and public affairs experience in government, the private sector, and working for nonprofits. She currently advises clients in a number of areas including media relations, strategic communications, community outreach, public affairs, and crisis communications.

Kevin P. Henry is a recognized writer, trainer, speaker, and consultant and is currently the Diversity Inclusion Coordinator at Sound (Healthcare). During this 30-year career, he has created and developed Diversity-Equity-Inclusion programs for numerous nonprofits, city government, and agencies.

Henry kicked off the event by addressing news related to the recent departure of Dr. Ben Danielson from the Odessa Brown Clinic at Children’s Hospital.  Danielson, a well-respected and revered physician in the African American community, claims that his charges over the years of systemic racism and even overt racist actions were ignored, dismissed, and ultimately not addressed by Children’s Hospital leadership.

In media interviews, Dr. Danielson cited several examples of tangible racism that he endured for several years. These charges included accusations of hospital leaders using racial slurs and making inappropriate comments. Danielson said that as the country confronted its own displays of racism amid protests nationwide, the hospital’s unresponsive executives would offer “symbolic overtures to equity.”

He added that staff, himself included, feared that speaking out would result in retaliation from upper management. This situation affected Danielson’s ability to serve his patients and the community. The media coverage and community criticism have tarnished the hospital’s reputation and image in the community during a time when BIPOC communities are pushing for institutions and organizations to be accountable.

Keller emphasized that in order to avoid these types of damaging incidents, organizations need to continually shape their own message and engage in media coaching and regularly reach out to their communities. And when an image crisis arises, great care is needed to reverse the damage. Patience, Keller said, is paramount.

“Organizations want to “fix it” ASAP but have not looked at it as a systemic problem,” Keller said. “They put a statement on their website about anti-discrimination and want to be done…but it is not that easy.”

Henry concurred that organizational leaders must realize that such statements do not mean that they are being culturally competent and these gestures can be viewed as empty words and performative in nature.

“Discriminatory behaviors are often subliminal and subconscious with many unexpected, harmful effects,” Henry said.  “Such behaviors have been going on for hundreds of years in this country and for many organizations, it is woven into their culture. Change involves a firm commitment and it’s a learning journey.  It should not be just an isolated initiative during Black History Month and then ignored for the rest of the year.”

Keller reiterated that leaders need to be honest, authentic, transparent, accountable and committed to a (long-term learning) journey.

The discussion also addressed Overlake Hospital’s perceived “preferential vaccine distribution,” which prioritized making the vaccine available to donors rather than communities and individuals in need who might have had limited access. Clearly, an unintentional act, the decision to give its donors availability, for some was viewed as the kind of racially-based bias in healthcare that has alienated BIPOC communities. Several prominent donors wrote letters to Overtake, expressing their concern.

Henry stressed that individuals and organizations often “don’t know what they don’t know.”  “However once you do know, what you do is a key factor,” he said, adding that “changing organizational culture has to come from the top-down.”

“Be transparent, get in front of the story and you can keep donors despite the bad press. They (Overlake) have to do the right thing, pull the Band-Aid off, apologize and admit an error in judgment immediately. When a crisis hits and no organizational response plan is in place, it is already too late.” – Keller

Best Practices and takeaways for dealing with negative media publicity: 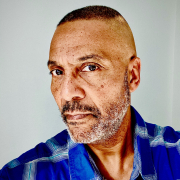 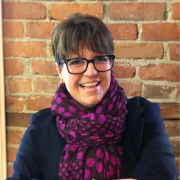 Lee Keller
Founder and CEO of The Keller Group

How has employee volunteerism changed during COVID-19?